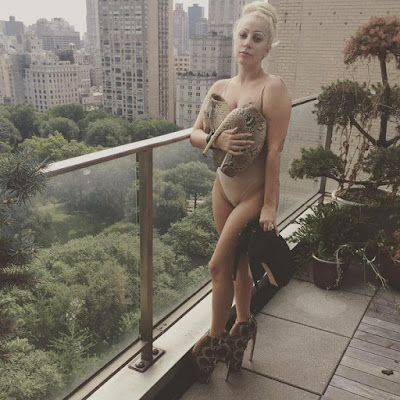 She captured his heart, so Lady Gaga's biggest admirer captured her on camera for a sweet, emotional and personal moment.

Lady Gaga called the 34-year-old Chicago Fire actor the "best fiancé ever." The two got engaged on Valentine's Day. He proposed with a heart-shaped diamond engagement ring.

"Long Live McQueen. Look monsters, we got a sign of love from the beyond," Lady Gaga wrote on Instagram. "Photo by the babes."

Lady Gaga's shoes are among three pairs she acquired at a recent Christie's auction, which benefitted UNICEF. They are worth between $10,000 and $15,000 and are replicas from McQueen's Plato's Atlantis collection that debuted at his Spring/Summer 2010 runway show, which featured "Bad Romance." The designer, one of Gaga's favorites, died at age 40 in 2010.