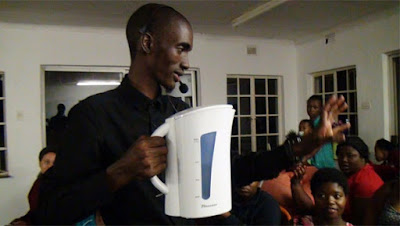 A South African pastor has claimed he performed a miracle after allegedly pouring hot water on members of his church.
Pastor Thamsanqa Sambulo, who is just 23-years-old, is the founder and apostle at Thy Word Kingdom Harvest Ministries...Accoring to a post on the Church's facebook page,


The apostle then told someone to go boil water in a kettle at the kitchen. One young man went there and did so...
He came back with boiling water.
The Son of God took the kettle and put it on himself (on his chest, he hugged it). The congregation was in shock, as they shouted: "NO!"
Some couldn't even look.
.
He then asked; "who has faith here?"
One by one, people came and did what the apostle did, and were not hurt.
He re-boiled the water... as he did;
...one young woman came to him and said;
"Papa I have faith, pour it on my hand as hot as it is."
The Son of God first poured on Himself, then poured unto this lady.
The rest of the congregation, one by one followed, as they also wanted to test their faith. 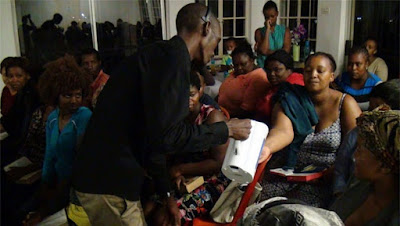 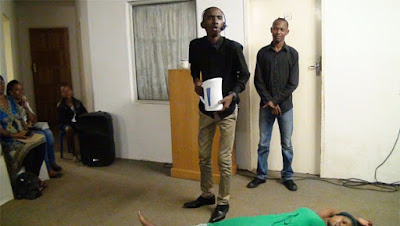 Posted by Ezeji Emmanuel at 5:43 AM