Actress Foluke Daramola is sick to death with people associating her with her big boobs. The mother of two said it's particularly painful because, "there is a whole lot to me than just the boobs and entertainment."

Foluke who spoke in an interview with News Telegraph added that...

"I am an intellectual. I am one person who relate with education, but unfortunately or fortunately, I will say that people just think about Foluke and the next thing they think about are my boobs. I count it as an asset and I have grown to just appreciate it the way it is."

The actress and producer who used to enjoy exposing her boobs just to steal some attention, said she has cut down on the habit because:


I want to do a bit of mentoring to the younger generation. And because I want to do that, I don’t want them having the wrong ideas about being a celebrity.

"When I was much younger, people use to say Foluke Daramola exposes her boobs and all that. But now, I think I am more grown. Also, my daughter is becoming a teenager and I don’t want her having the wrong ideas about who her mother is.

"I want her to grow up like a responsible young lady as well. So I have to set the pace to give her the right direction." 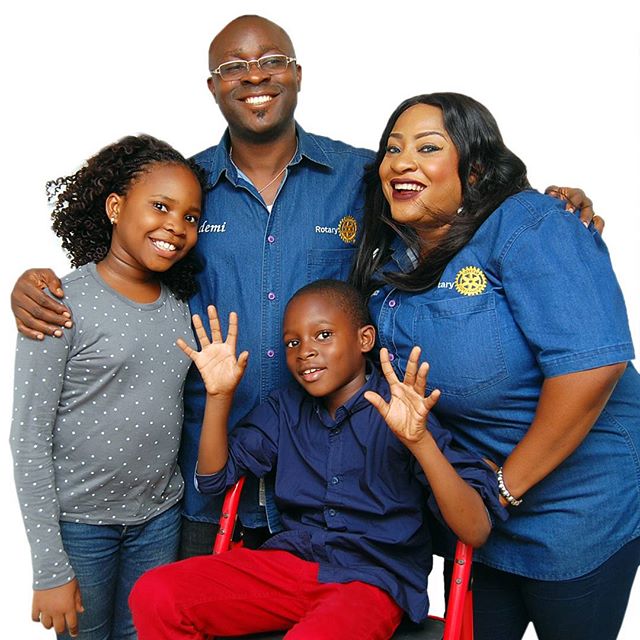 On what her husband thinks about her new way of dressing...

And he never complains about what I wear or what I do, but I am the one who knows the limit because of what I want to represent.

Foluke is currently in her second marriage and those beautiful kids of hers are from her pervious marriage. She gave a word of advice to the young, single ladies saying...


First and foremost, they should not rush into marriage. Sometimes you should be complete in yourself first. When I got married and I missed it the first time, I didn’t want to get married again because I felt that I already have two kids.

But I discovered that if you can actually be complete in yourself and be yourself, you will enjoy that companion.

We all have our misdeed, but it’s just for us to face the positive, ignore the negative and be able to respect each other. There are challenges, no doubt. Like my husband and I argue sometimes, but then it is about the fact that we understand that it is beyond just being married, but having true friendship. So, single ladies should be complete in themselves first.


You can read the full interview here!
Posted by Unknown at 12:33 AM

Email ThisBlogThis!Share to TwitterShare to FacebookShare to Pinterest
Labels: A AFRIK GLAMOUR MAGAZINE, There's More To Me Than Just My Big Boobs - Actress Foluke Daramola Cries Out