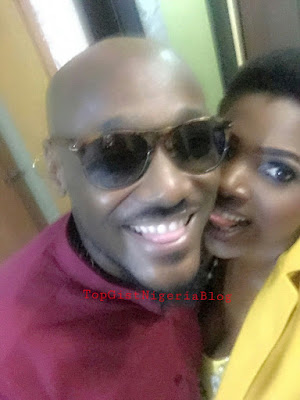 
The super star and father of 7 lovely kids, in a chat with Tosin Odunfa of EbonyLife TV, talked about growing up in Makurdi, his coronation, his life with Annie Idibia and more....

When asked about how much of a charming husband he is, he told Tosin, "I am the world's worst hopeless romantic. We just live, we they try."

Well, with the way he is always spotted with his wife getting at cozy at events, it seems the singer is indeed a romantic fellow.

According to him, "They were impressed by my Vote Not Fight campaign during the elections. After that he was like he's going to honour this dude with a title. I thought it was a joke at first until letter came in, official invitation came in. Even when I went for the coronation, I thought it was going to be a recognition but lo and behold, it was actually a title."