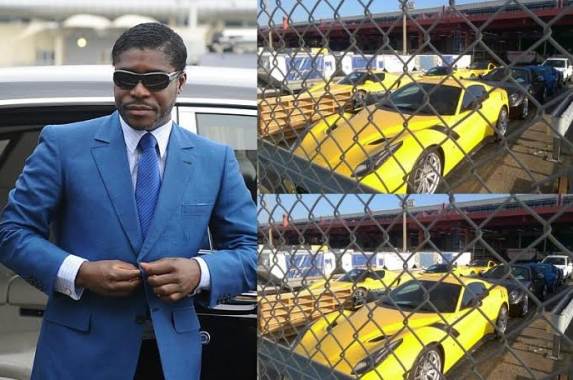 Teodorin Obiang Nguema, the vice president and son of the President of Equatorial Guinea, Teodoro Obiang Nguema Mbasogo has seen over N3billion worth of his 11 super cars seized by Prosecutors in Switzerland who are presently investigating him for money laundering.

According to Francois Pilet, an investigative journalist with L’Hebdo, he confirmed the seizure of the vehicles, which includes a Porche, Ferrari, Bugatti Veyron and others took place in Geneva on Monday October 31, 2016, where he was accused of plundering his country's oil wealth to buy luxuries, including a private jet and Michael Jackson memorabilia.

Report also has it that the Vice President whose assets will also be seized will appear in court next year in France on similar charges.
Posted by Ezeji Emmanuel at 3:36 AM