2Face Idibia has opened up on his happiest and saddest moments during the span of his career. 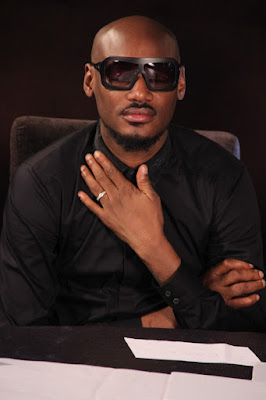 Speaking in an interview with the Sun during the weekend, on his happiest moments, he said;

“I was also the first Nigerian artiste to have his music played on MTV Base Africa. In fact, the list is endless; and my kids are huge sources of inspiration for me, even though, when they were coming and I was rejoicing that I was going to be a dad, some people were complaining; thanks to their mums and my wife.”

Is he still missing the Plantashun Boiz 12 years after the group broke up?


“You know that once in a while you feel that way and nostalgia just overwhelms you and you are like ‘wow!’ It was really fun those days hanging out with Faze and Blackface, singing together, cracking jokes and living together in the hotel, and all the funny things we did.”

Any plan for a reunion anytime soon?


“We have some plans to still do stuff, but right now, we haven’t fixed a particular date or anything concrete,” he confesses.

On his saddest moments, the African Queen crooner said;


“My saddest moment was when they were writing things about me some years ago while I was celebrating the kids coming. Some people were using it against me, and saying some hurtful things to put me down. Another sad moment was when I lost my dad. All of a sudden I realised that this man who used to carry us on his shoulders and take us out for shopping and all that was going to die. Although, I tried all I could but I couldn’t help him, and he died. I cried like a baby,” the musician lamented.