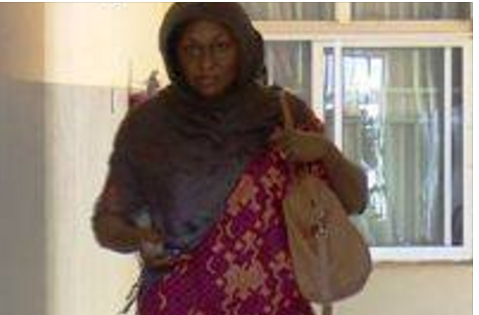 The EFCC, on Friday, November 4, 2016 arraigned one Oluwatoyin Jinadu, a former banker with First City Monument Bank, FCMB, before Justice Sylvanus Oriji of the FCT High Court sitting in Apo, Abuja on a 20-count charge bordering on theft and forgery to the tune of N52million.

Trouble started for Jinadu when a petition was sent to the EFCC alleging that as account officer to Dr. D. K. Okoye in the Wuse 2 Branch of thebank, she fraudulently transferred N52million from Dr. Okoye’s account without his knowledge or consent, into accounts in Zenith Bank, GTBank and Union Bank. These transfers were alleged to have been done through forged transfer instructions.

Jinadu was first arraigned before Justice Adebukola Banjoko of the FCT High Court on July 12, 2012, but the case had been dragging following several frivolous applications to the Court of Appeal and Supreme Court by the defence counsel, including a petition alleging bias on the presiding Judge – a situation that led to the withdrawal of the trial judge.

The defendant pleaded not guilty when the charges were read to her.
Justice Oriji granted the accused bail in the sum of N8million with two sureties in like sum. The sureties must be residents in Abuja. One of the sureties must be a civil servant in the federal civil service and below GL12. Their addresses must be verified by the court.

The case has been adjourned to December 5, 2016 and January 17 – 18 2017 for trial. Meanwhile, the accused is to be remanded in prison custody pending the fulfillment of the bail conditions
Posted by Unknown at 3:01 PM