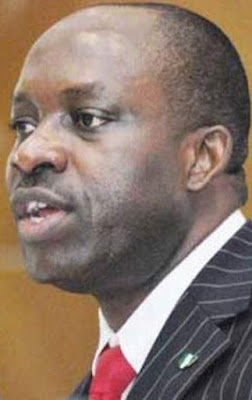 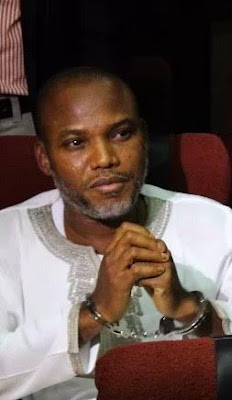 Former CBN governor, Charles Soludo, Pat Utomi and other prominent Ibo men today paid a visit to Kuje prison Abuja where they met and interacted with detained leader of the Indigenous People of Biafra, Nnamdi Kanu and some of his members.

After the meeting, Soludo on behalf of the other delegates addressed a press conference at Chelsea hotel Abuja  where they demanded for the urgent release of Kanu and his other members.
Kanu was arrested by DSS officials in October last year and is being tried fro treasonable offences.

Soludo in his statement said


“We are a delegation of Nzuko Umunna, a pan-Igbo group. We visited Nnamdi Kanu to hear his own point of view as well as share our own point of view with him. We believe that Nigeria has the potential to be great, and like most countries has its own challenges. Nigeria has never been more divided than now. Most discerning patriots have come to the conclusion that Nigeria as currently structured is destined to be a failed state‎. It is our considered view that most of the agitation is in response to a looting elite. We do not condone violence. We note that in 2015 Nigerians voted for change. As the ruling party, the APC has it a duty to deliver to the Nigerian people. So far, APC seems to have abandoned its cardinal duty to Nigeria. We are in a state of emergency at all levels. We demand the urgent release of Nnamdi Kanu, and his colleagues as part of the process of engineering a new Nigeria. No citizen of Nigeria deserves the treatment that is being meted to Nnamdi Kanu and his colleagues‎. Nnamdi Kanu is not above the law, and he should not be put below the law”.