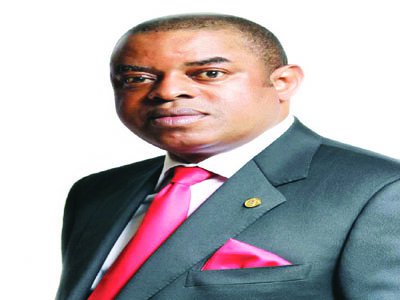 There was drama Wednesday at the screening of an 82 year old ambassadorial nominee, Justice Sylvanus Nsofor, by the Senate committee on Foreign Affairs.

The ambassadorial nominee vehemently refused to recite the National Anthem as requested by the committee.Members of the committee were left speechless as Justice Nsofor (rtd) argued with them, The Nation reports.


The name of the 82 year old nominee was forwarded to the Senate for screening and confirmation by President Muhammadu Buhari.

A member of the committee, Senator Gbenga Ashafa (Lagos East), asked Justice Nsofor a couple of questions which included to recite the National Anthem.

Apparently exhausted by the argument of the nominee and his seeming determination not to recite the anthem, the committee asked Nsofor to take a bow and go.

Justice Sylvanus A Nsofor, a nominee from Imo State, was born on March 17, 1935‎ in Oguta, Imo State.

He was a one-time Judge of the High Court of Nigeria, Justice of the Court of Appeal, and Lecturer in Law, Holborn College of Law, London‎.

It is not yet clear whether the committee will recommend the confirmation of Justice Nsofor.
Posted by Unknown at 5:00 AM