Even With His Sexual Prowess, My husband Never Ejaculates In Me - Wife Tells Court 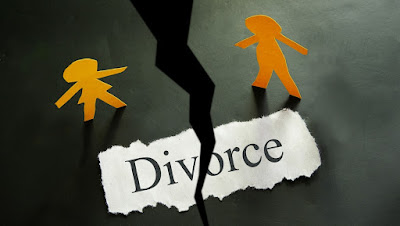 Mrs Mutiatu Olaosebikan, 37, on Friday told an Igando Customary Court in Lagos that her husband, Sunday, usually discharged his sperm on the floor during sexual intercourse (withdrawal method).

Mutiatu, a trader, whose husband sought for dissolution of their seven-year-old marriage, said that the petitioner did not want her to get pregnant again after having a child.


She said, “My husband is in the habit of disposing of his sperm on the floor during intercourse.


“He does not want me to get pregnant; he no longer releases sperm into me when we have sex.

“He started this withdrawal method five years ago; I only have one child who is six years old now.

“My husband can go more than six rounds, but will never release the sperm into me, instead he pours it on the floor.

“Whenever I queried him about the withdrawal method he uses, he failed to give me a satisfactory answer.”

The respondent said that her estranged husband was an untamed chatterbox.

He said, “My husband is talkative, he talks too much and he cannot keep the family secrets. He is in the habit of sharing our family issues with his relatives, friends and the public.

“There was a day I was attacked spiritually; blood was gushing out of my eyes, nose and mouth.

“When I was rushed to a prayer house, I was told that my husband caused the sickness because he talks too much about out affair to the public.”

The respondent also described her husband as tight-fisted.

“My husband is very stingy; he does not give me money. I have been the one taking care of our baby from birth till now,’’ she said.

The mother of one said that her husband had also turned her into a punching bag.

She said, “I have scars all over my body as proof of his abuse anytime we have a misunderstanding, he would beat the hell out of me.”

She urged the court to grant petitioner’s request for the dissolution of the marriage.

The Petitioner, Sunday, 42, had approached the court to end the marriage over alleged threat to life.

Sunday, a businessman, said that Mutiatu always threatened to kill him.

He said, “My wife is after my life; she stabs me with dangerous weapons whenever we have a misunderstanding.

“She once stabbed me with a broken bottle on my head and I bled heavily which landed me in the hospital.

“Whenever we have a disagreement, she brings out knife threatening to stab me.

“She is just aggressive and violent in nature; she may kill me one day if I continue with the marriage.”

Sunday said that he was not interested in her having another child from her due to his wife’s violent nature.

“Due to her stubbornness and violent nature, I avoid getting her pregnant by using condom or withdrawal method.

The petitioner begged the court to terminate the union on the ground of lack of love.

The president of the court, Mr Adegboyega Omilola, adjourned the case to April 25 for further hearing.