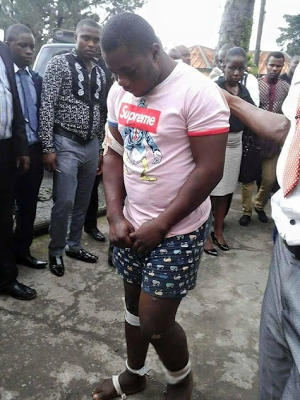 Barely a month after his escape from Owerri High court, notorious kidnap kingpin ,Henry Chibueze alias Vampire has been killed by the Police Special Force led by the IGP Intelligence Response Team (IRT) .

He was gunned down  at about 1am today, during a gun battle with the IGP Intelligence Response Team in Omu Awa Forest,Ikwerre L.G.A. Rivers State. Five other members of his gang were arrested alive and cache of arms and ammunition were recovered.

On January 27th, unknown gunmen stormed the Owerri high court ,rescuing him and other members of his gang.