News making the rounds have it that, Nollywood actress and philanthropist, Tonto Dikeh abandoned her son's sick nanny in an Abuja hospital without a penny to soft out her hospital bills. 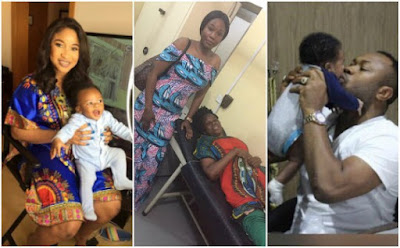 According to the report, Queen Ashley Foundation stumbled upon an elderly woman who was said to be abandoned at Maitama General hospital by her madam, after she developed excruciating pains on her legs from her home. The woman was discovered to be King Andrea's Nanny, living with Tonto Dikeh after she left the home with her and their son around January,
when she had marital issues with her husband Mr.Olakunle Churchill. Further inquiry from the foundation revealed that the Nanny who is a mother of 4, developed acute pain for sometime while at home but was ignored by Tonto Dikeh in their new place. Two days ago she was helped to the hospital for treatment with her madam's knowledge, as she could not walk alone. After two days in the hospital, no assistant from anyone to pay hospital bills to commence treatment as she was not able to reach Mr Churchill, whom she had not seen since January she parked out with her Madam and the Son King Andrea to their new place of settlement. ‎Queen Ashley Foundation was on a tour to hospitals donating to patients in preparation for her Children's Day Party where she is set to feed 1,000 Children, when she stumbled on the helpless Woman at the emergency ward. The woman who was disclosed to be Mgbechi Enyinnaya was supported with N100,000 by Queen Ashley Foundation for the hospital to start up treatment, lamented bitterly of the nonchalant attitude of her madam (Tonto Dikeh) whom she always takes care of the little boy while staying together. The poor woman revealed how she borrowed N10,000 from the house-help to come to the hospital, after several efforts to make her Madam assist her with money to take care of her deteriorating health. 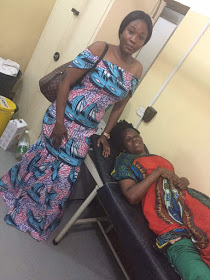 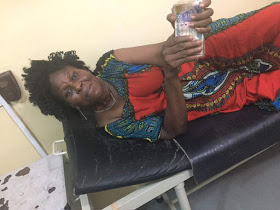 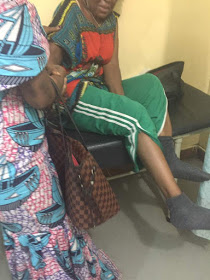 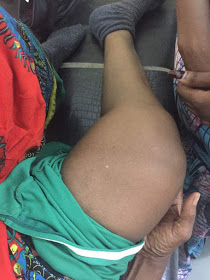 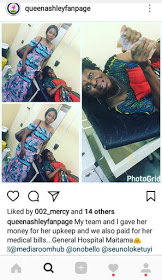 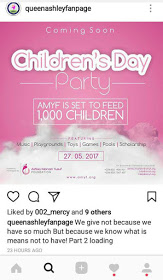