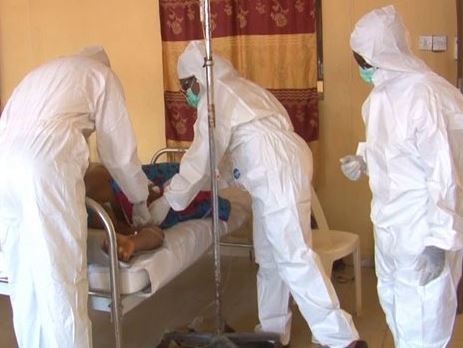 The victim, said to be in his 30s and married with a child, works at the clinic, but lives with his family at Upper Sakponba area of Benin whenever he was off duty.  According to reports, doctors observed that the deceased was unusually weak and with high fever last week.


“By the time they admitted him at the clinic and run test on him, they detected that he had ‘2 plus’ malaria, with protein in his blood. As the fever got worse by the day, they then decided to transfer him to a private clinic in Benin City, last Saturday, where they also conducted several tests on him. When they suspected that he might be suffering from Lassa fever, they then decided to transfer him to the Lassa fever centre at Irrua Teaching Hospital. But he died at the clinic even before they could finalise arrangements to take him there’’ a source said.
Posted by Unknown at 1:14 AM