Photo: Barber arrested for defiling a 6-yr-old girl in Lagos 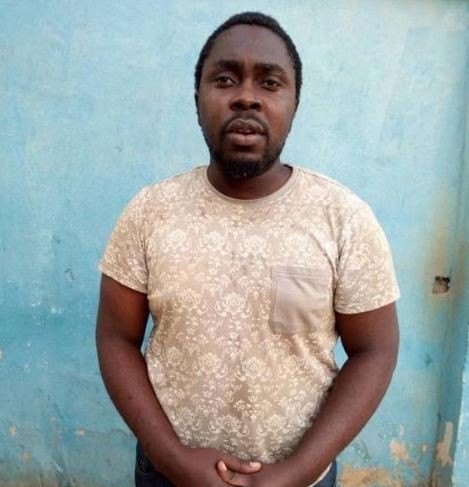 Daniel Essien, a barber has been arrested by the Ogun State Police Command for allegedly defiling a six- year- old girl at Alagbole area of Akute.

He was picked up after Mrs Ayoola Tolulope, the mother of the girl, lodged a complaint. Tolulope reported that she was called by her child’s school teacher to be watchful of her daughter because the girl confided in her that a man has been abusing her sexuallly.


This made her interrogate the victim on her arrival from school, and she told her that it was Essien, a barber in the neighborhood who has had abused her three times. The suspect was promptly arrested and he confessed to the crime
Posted by Unknown at 7:16 AM