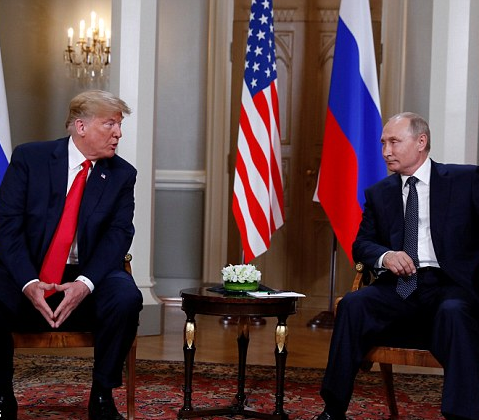 Donald Trump and Vladimir Putin have met one-on-one at the Helsinki summit ahead of 90-minute private talks aimed at rebuilding ties between US and Russia.

Both presidents sat down at the Finnish Presidential Palace for a meeting which Trump said he hoped will improve relations with Russia. The summit consists of a one-on-one meeting and a larger working lunch, and will conclude with a joint news conference.


When they met, Trump said he hoped for an "extraordinary relationship" and shook hands with the Russian leader, who told the US President: "The time has to come to talk in a substantive way." 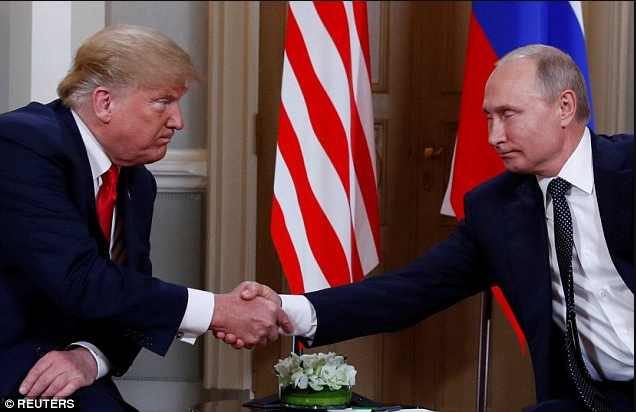 In opening remarks filmed by the media, Trump said getting along with Russia would be a "good thing, not a bad thing". The US president opened his remarks with praise for Russia's hosting of the World Cup, adding, "Most importantly we have a lot of good things to talk about."
Trump said he and Putin will talk about "everything from trade to military to missiles to China. We'll be talking a little bit about China. Our mutual friend president Xi." 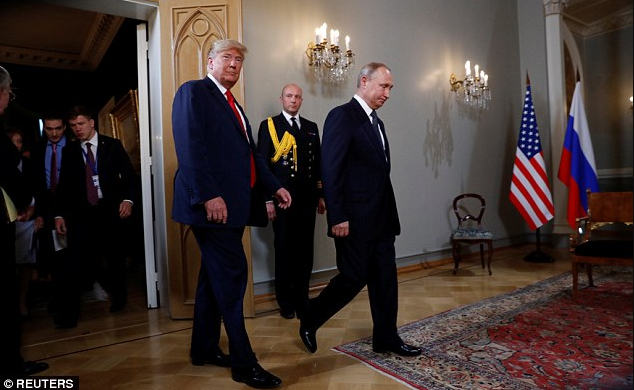