Beautiful Nollywood actress, Tracy Daniels has revealed why her face has been missing on the big screen in recent times. 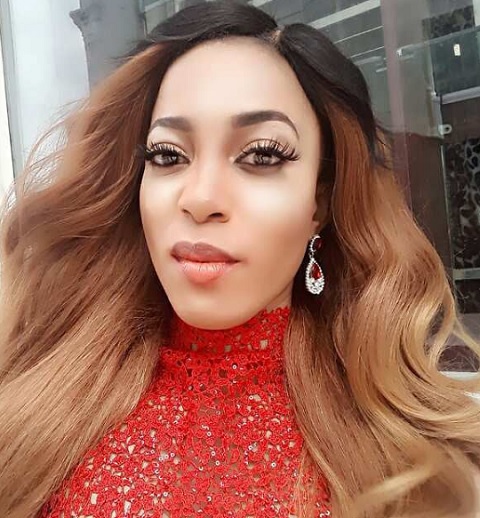 Tracy Daniels
While speaking in an exclusive interview with Vanguard, beautiful light-skinned Tracy Daniels opened up to the perception of many that most actresses are wayward, adding that there are wayward people everywhere, not only in Nollywood.
The pretty diva who had made headlines few months ago after she expressed her desire to buy ‘a s*x doll’, as  a special Valentine Day gift to herself, also lamented on the discriminatory attitudes of some movie producers towards the home-based actors.
She said; “Nollywood ladies are flashy and so, people have this perception that every flashy lady sell her body for money. It happens everywhere and in every career including the banking industry, but just because we are role models, people tend to think there should be perfection in Nollywood.”
Speaking on why her beautiful face has been missing on the big screen in recent times, Tracy blamed the ugly development on some notable production companies over their discriminatory attitudes towards the home-based actors.
She said that apart from the fact that good scripts have been hard to come by in recent times, most notable production companies are only featuring what she calls “UK returnee-actors” in their movies.
Stressing further, she said “It’s so bad that the discrimination is now based on who speaks foreign accent fluently and talent is no longer the yardstick for selecting actors to feature in movies.

"Most of us who are based in the country have been ‘benched’ by the giant production companies simply because  they want to cast British-trained actors to shoot Nigerian version of American superhero film, ‘Black Panther,’" she bemoaned.
Posted by Unknown at 1:12 PM