PDP welcomes Dino Melaye, 14 other senators that defected from APC to their party 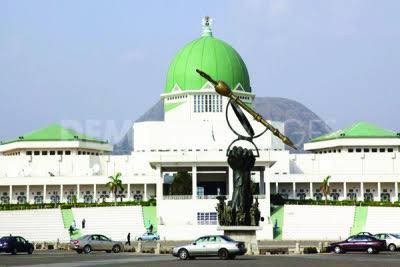 The People's Democratic Party (PDP) has welcomed into its fold the members of the reformed All Progressives Congress (rAPC) who defected into the PDP in the National and State Houses of Assembly.

The party described their departure from APC as a right step towards rescuing our democracy from the stranglehold of autocrats who care less about the people who voted them into office.


National Publicity Secretary of the PDP, Kola Ologbondiyan, who stated this in Abuja, noted that the APC has become a sinking ship in which any Nigerian that is concerned about the future of our country must desert.
The party maintained that the political reality of the country today has clearly shown to the entire world that the government of President Muhammadu Buhari has been abandoned by Nigerians.


Nigerians now look up to the PDP to provide a leadership that would guarantee good governance in 2019.

Furthermore, the PDP congratulated President of the Senate, Senator Bukola Saraki, his deputy, Senator Ike Ekweremadu and the Speaker of the House of Representatives, Hon Yakubu Dogara, for taken bold steps on the side of the people.
The party assured all the lawmakers of cooperation within the PDP, noting that more Nigerians would still move into the PDP which has become a party of choice
Posted by Unknown at 3:04 AM