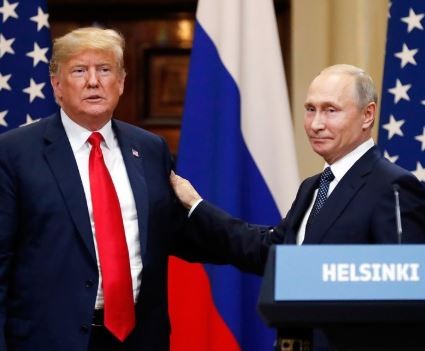 The follow-up meeting President Donald Trump proposed holding with his Russian counterpart in a few weeks will no longer happen this year, the White House said on Wednesday.

"The President believes that the next bilateral meeting with President Putin should take place after the Russia witch hunt is over, so we've agreed that it will be after the first of the year" Trump's national security adviser John Bolton said in a statement.


The second set of talks, which Trump instructed Bolton to organize last week, drew surprise and consternation among some national security officials. The invitation was abruptly announced on Twitter by White House press secretary Sarah Sanders
Posted by Unknown at 4:03 AM