Edo Female Nurse Who Was Sentenced in the UK For Trafficking, Gets her Sentenced Over Blood Oath (Photo) 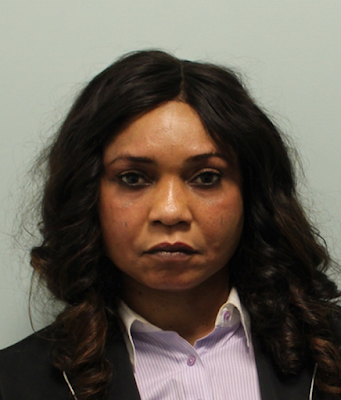 London-based nurse who used voodoo threats to traffick vulnerable women from Nigeria to Germany to work as prostitutes has had her 14-year prison sentence increased. Solicitor General Robert Buckland went to the Court of Appeal on Thursday to challenge the jail term handed out to Josephine Iyamu.

As she tearfully watched the proceedings via videolink from prison, Mr Buckland urged three judges to find that the sentence imposed at Birmingham Crown Court in July was "far too low" and should be increased.

After a hearing in London, Lord Justice Davis, Mrs Justice Simler and Mr Justice Dove ruled that the total sentence imposed on Iyamu, now 52, was "unduly lenient" and upped it to 18 years.

Announcing the court's decision, Lord Justice Davis warned that others found guilty of such "grave" offences could expect severe sentences.

The appeal judges increased the 13 years to 17 years, leaving the consecutive sentence for perverting the course of justice in place, making a new total sentence of 18 years.

Passing sentence after the trial, Judge Richard Bond told the married nurse that her "vile" offences had left the women in fear of their lives.The judge said she would have been fully aware of the dangers involved in a four-week land journey across the Sahara to Tripoli in Libya, followed by a sea voyage on inflatable boats.

The court heard during the trial that Iyamu made her victims swear oaths to hand over money during "juju" ceremonies which saw them ordered to eat chicken hearts, drink blood containing worms, and endure powder being rubbed into cuts caused by a razor
Posted by Unknown at 4:44 AM