Edwin Clark in Trouble as Police Storms His Abuja Residence 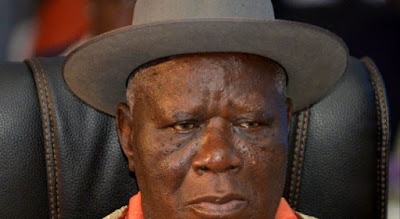 Some policemen invaded the Abuja residence of Edwin Clark, an Ijaw national leader, around 1:30pm on Tuesday. The security operatives, who presented a search warrant to the elder statesman, reportedly spent over two hours at his residence.

Speaking with TheCable, Clark said he was not informed ahead of the operation. The Ijaw leader said nothing incriminating was found in his house.

“There was no notice before the search. The policemen just walked in and demanded to search the house,” he said.

“When they came, my secretary wasn’t around and they did not have access to the office because it was locked but they insisted that the office must be opened. They eventually searched the place but didn’t find anything incriminating.

“They searched my bedroom too… we allowed them to do their job.”

Asked if he was targetted for his criticism of the current administration, he said: “That is exactly what is happening. They want to militarise the whole country because they do not want opposition.”

He said his lawyers would take up the matter.
Posted by Unknown at 6:35 AM