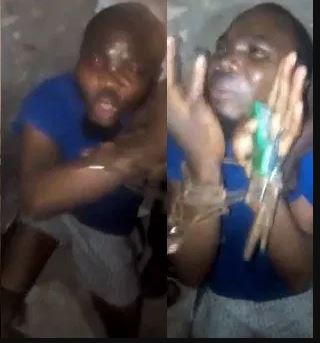 Angry Mob yesterday bounced on a man suspected to be an assassin, and beat him up after he was reportedly caught walking mysteriously with a toy Gun in Ikorodu town in Lagos.

According to reports after he was caught, he confessed that someone sent him to the town to carry out some attacks but he refused to give the name of the person.


The Police in the Area, later came and whisked him away.
See more photos below! 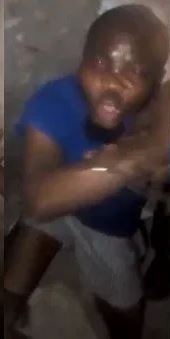