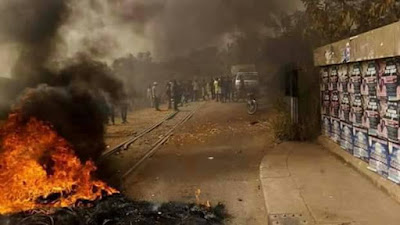 Angry youths in Ahaoda area of Rivers state have invaded a transmission station in their community, destroying 132KVA of high transmission line in the process. This development has brought looming darkness to people of Bayelsa State and its environs.
Port Harcourt Electricity Distribution Company (PHED) said it received a disturbing report that some restive youth of Ahoada had shut down the transmission station located at Ahoada.

Report has it that it has become a repetitive act for the youths, adding this would make it the third time in a roll that Rivers youth will be shutting down the power transmission line to Bayelsa State, stating the first happened late last year and the other in February 2018.

“We are still making frantic efforts to establish link with relevant authorities in the area with a view to finding out the remote cause of their action,” he said.

“To this end, we are appealing to our esteemed customers to exercise patience while the issue is being resolved. It is our request that security agencies wade into this matter to forestall future occurrence,” he explained
Posted by Unknown at 6:20 AM