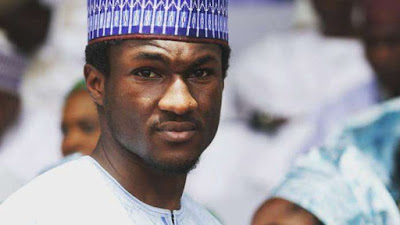 The Presidency on Wednesday debunked social media accounts being operated in the name of President Muhammadu Buhari’s son, Yusuf. The Special Adviser to the President on Media and Publicity, Femi Adesina, said in a statement that Mr Yusuf is not on any social media platform.
Mr Adesina said the social media handles and pages, including a recent Instagram account which had attracted thousands of followers, were being used to express opinions in Yusuf’s name without his knowledge.

“It has been observed that social media accounts are being run in the name of the son of the President, Yusuf Buhari. “The most recent is an Instagram account @ymbuhari, which has attracted thousands of followers, and which has been used to express opinions in Yusuf’s name without his knowledge. “This is to inform the general public that Yusuf Muhammadu Buhari is not on any social media platform. “The public is therefore, advised to disregard such handles and pages, while those perpetrating the illegality are advised to stop forthwith, as it amounts to impersonation.“The same advice goes to those running other pages and handles impersonating other members of the family of the President.”