See What This 16year Old Boy Did, After he Picked a Lost Wallet With N3.6million (photos) 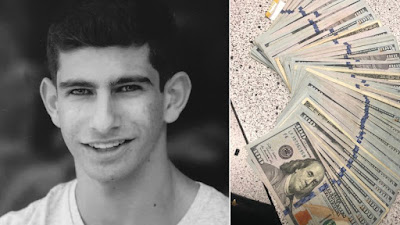 Imagine you find a purse stuffed with $10,000. And the next thing you did was to take it to your parents, and later hand it over to the police.
Thats the story of a 16-year-old Rhami Zeini of Santa Barbara, California, He saw a purse on the ground checked further to find the owner’s identification and was surprised when he discovered more money than he had ever seen in his life.

He immediately spoke with his parents and then did the right thing by turning in the fortune to the Santa Barbara County Sheriff’s Office.

“To me, I figured this is the right thing to do,” Zeini told sources,
“If I take it and find whoever’s purse it was because if the roles were reversed and I had lost something with a significant sum of money inside, I know I would want it back for sure.”

The sheriff’s office said in a Facebook post that a watch officer was able to contact the owner and return the money to her, writing she “was very grateful.”

Kelly Hoover, public information officer for the Santa Barbara Sheriff’s Office, told sources the owner says she was going on a hike and probably left her purse on the roof of her car, then accidentally drove away.
As a reward, the grateful owner gave Rhami $100. 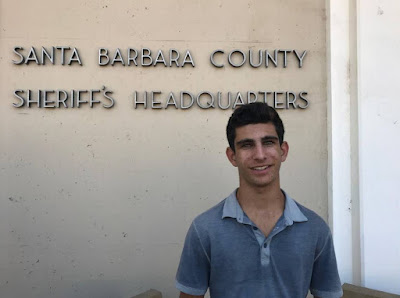